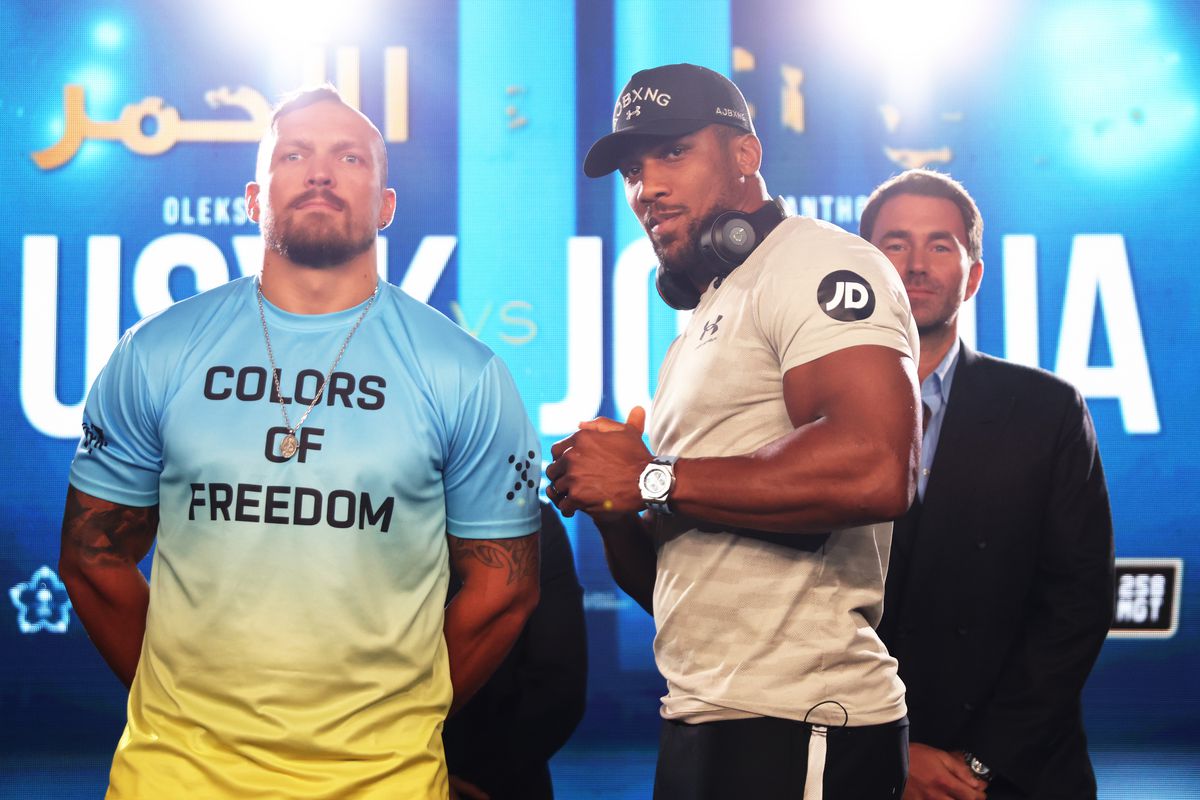 We all know that Anthony Joshua and Usyk fight will be coming on this week and a whole lot of sports fans worldwide are happy for this fight and it’s going to be a redemption fight for the British champion, AJ.

To the current Champ, winning against AJ isn’t just about setting a career milestone. It’s also about bringing pride and joy to his fellow Ukrainians.

He added that he’s not fighting just for himself but for Ukraine, the country where he went the moment Russia invaded in February. This is the reason why even if things go wrong for Usyk on Saturday, you can be sure he’s not going to back down.

Don’t forget that right after a sensational amateur career, with a record of 335-15, Usyk has continued that prolific dominance in his professional life. A world champion in two weight classes, he became the first man to become the unified cruiserweight champion of the world back in 2018.

And of course no stranger to hostile fighting atmospheres, the Ukrainian came over to fight Tony Bellew at Goodison Park, and sent him to the end of his career with a sensational performance. So all of us at Plentypass hope the best man win.

Also, after conquering the division, Usyk moved into the heavyweight arena, dispatching Chazz Witherspoon, before a tough brawl against the hardy Derek Chisora.

Now with Tyson Fury now seemingly ‘retired’, a win for Usyk again vs Joshua would surely cement him as the number one heavyweight in the world, and would lead to some potentially interesting fights down the line.

Where and when is the fight taking place?

Be aware that the fight will be at the King Abdullah Sports City in Jeddah, Saudi Arabia. For UK customers, the fight is being broadcast on Sky Sports Box Office.

And surely after fighting in their ongoing war with Ukraine, Usyk attempted to buy the rights to the fight, but has been gifted them by the Saudi’s, meaning he will be streaming the bout live on his YouTube channel, as well as making it free to watch in his homeland.