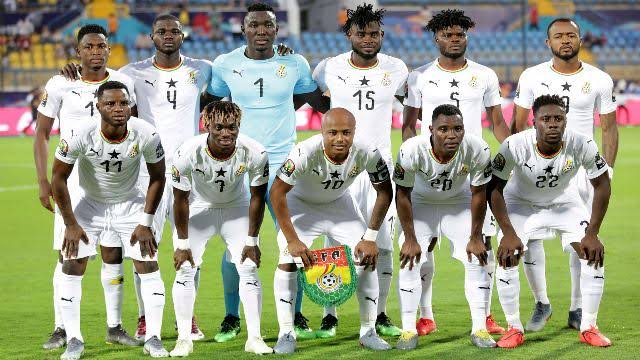 Incase you don’t know, the first and second legs of the match between Ghana and Nigeria will be played on March 25 and 29 this year respectively.

Otto Addo who is the Head coach for Ghana National Football team, he of course has made it clear five players would not make the Black Stars team for the double encounter against Nigeria.

According to a source, veteran midfielder Mubarak Wakaso and a number of other players will miss out on Ghana’s final squad for the upcoming 2022 FIFA World Cup qualifying match against the Nigeria side.

Both Black Stars and Super Eagles will meet later this month in a two-legged tie to fight for one of the five slots allotted to CAF for this year’s FIFA World Cup tournament in Qatar.

Ahead of the clash, below is the five of the players that made it into the Black Stars squad for the 2021 Africa Cup of Nations tournament have been dropped.

Also, Philemon Baffour, who has often been tagged as the lover-boy of the Ghana Football Association, has also been dropped.

Some people believe that the new Ghana head coach Otto Addo is not impressed with the quality of the Rio Ave defender and has decided he will not include him in his squad for the important match coming up with Nigeria.