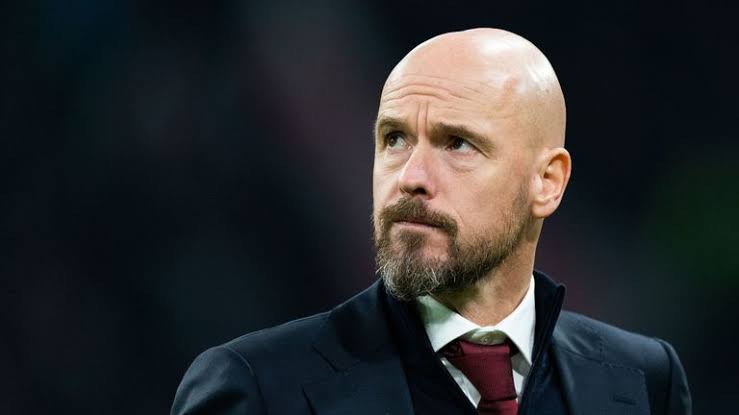 As Manchester United struggles continues, they are definitely desperately in need of competent coach as most believes that’s what can solve their problem because they have players.

So the current Ajax coach, Ten Hag seems to be taking English lessons amid talk of a possible summer switch to Manchester United.

United have confirmed that a “thorough” search is underway to appoint Ole Gunnar Solskjaer’s successor.

As we all know that Ralf Rangnick is set to move into a consultancy role at the end of the season.

Ten Hag and Mauricio Pochettino are the nextiin line to be the two frontrunners for the job, while a short-term move for Real Madrid boss Carlo Ancelotti has also been mooted.

According to the Daily Mail, Ten Hag is now fine-tuning his English skills should a move to Old Trafford come to fruition in the summer, with his Ajax future looking more uncertain.

Base on records, Erik has won two Eredivisie titles and two KNVB-Beker crowns during his stint as Ajax manager, as well as reaching the semi-finals of the 2018-19 Champions League.

Erik ten Hag, who has won 150 of his 202 games during his time as Ajax manager, however is reported to have his heart set on a move to the Premier League with Manchester United.